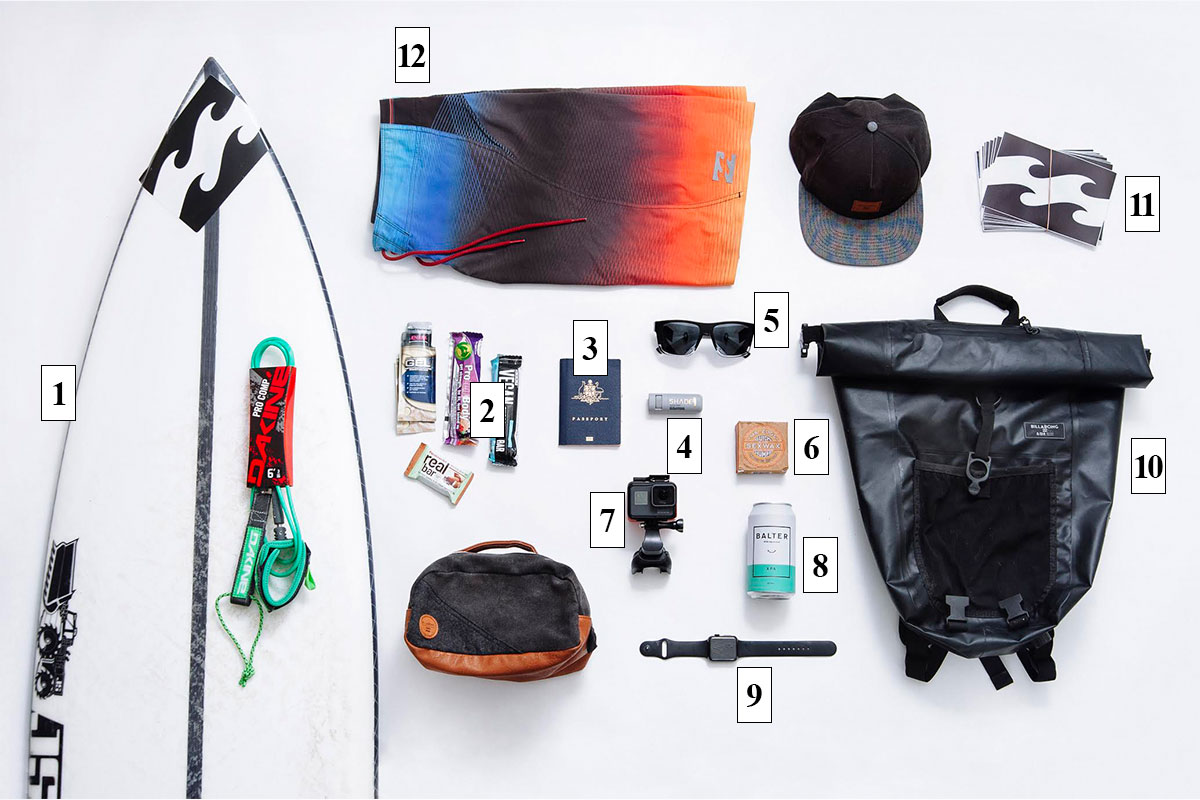 To become a professional surfer is to become an expert on excess baggage. That’s because guys like Australia’s Joel “Parko” Parkinson spend most of the year chasing waves all over the world – from the tropical waters of Hawaii to the frozen coasts of Iceland – dragging board bags behind them, stuffed with six-foot-plus surfboards. “It’s a nightmare,” says Joel. “I’ve been travelling with board bags my whole life and it’s a such a hassle. It used to be worse though. Airports are pretty good now.”

Here’s what Parko packs when he’s on surfari.

1. “I can do without nearly everything else on a trip, but not my board. Airlines are getting pretty good these days, and not many boards get damaged.”

2. “These are for days when I’m surfing places like Tahiti or Fiji, out on a boat, and there’s nowhere to eat. These can get me an extra couple of hours in the water when the waves are pumping. Last time I was in Fiji, I surfed for six hours straight.”

3. “I valued the stamps in my passport more when I was younger, but I still like to keep passports as a reminder of where I’ve been.”

4. “Protecting yourself from the sun is pretty important in my line of work. This stuff from the US is called Shade and it’s the best zinc I’ve found. It’s all natural and it’s amazing.”

5. “My favourite pair of Von Zipper sunnies. I had to get my eyes operated on two years ago, because they were buggered from all the hours I’ve spent in the sun.”

6. “I’ve been on surf trips where I’ve got everything with me, except a block of wax and it ruins everything. You can’t surf on a board without wax, so this cheap little bit of stuff is essential.”

7. “I’ve always got a GoPro camera in my bag, just in case the waves get epic, so I can record them.”

8. “I started Balter Brewing Co with some mates, and I always take some cans with me overseas to give to friends.”

9. “My wife brought me an Apple Watch for Christmas. I’m not really techy, but I’m slowly working it out. It’s pretty cool.”

10. “An essential bag for surfing, because it’s waterproof. I can chuck my clothes, towel and phone in, and not worry if I drop it off a jet ski. Also, good if it’s raining a lot.”

11. “Surfboards come without any logos on them, so I have to sticker them up to keep my sponsors happy.”

12. “Surfers definitely take less clothes on trips than other people, but that’s only because we have so much other gear to pack. These board shorts are my current favourites.” – Joel Parkinson. 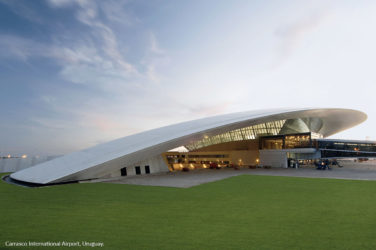 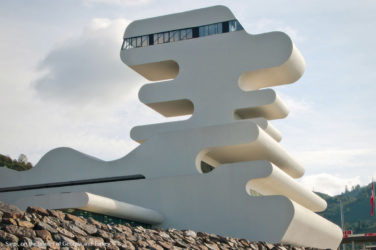 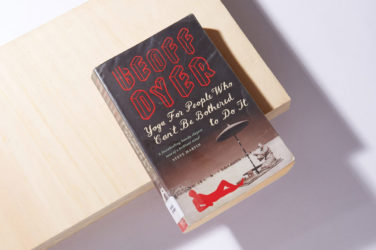 Yoga for People Who Can’t Be Bothered